Throughout history, the Shaolin monks have been the most feared fighters in Asia, but even more famous is their love of peace, virtue and honor. The long standing history of Shaolin temples and their famous reputation of amazing feats of fighting, flexibility, and longevity can be attributed to an ability to train not only deadly fighters, but masters of life.

The Shaolin temples, in addition to being religious institutes, were martial arts research institutions. Martial arts masters traveled to the Shaolin Temples to share their knowledge.
The Monks and the Masters would katafy their techniques so that the knowledge could be passed down from generation to generation. Shaolin-Do brings together the knowledge passed down and carries on the tradition of being a martial arts institute.

The ancient Chinese observed the diverse fighting strategies of the animal kingdom, and realized that like animals, people also required fighting techniques suited to their unique physical statures. Thus the animal fighting systems were born. The animal ­based forms taught in Shaolin-Do have been passed down for more than two thousand years. Different animal styles were developed by different monks thousands of years ago and those monks practiced in different provinces throughout China. Some systems came from Honan province, from Hua and Er-Mei moun­tains, and from Wu Tang mountain and Fukien Province. All were included in the Shaolin Temple Systems. Both the Kung Fu and Tai Chi Programs in Shaolin-Do are rich with material and diversity, enough to fascinate and challenge the individual for a life time!

The Shaolin-Do schools trace their lineage back to the Fukien temple through a succession of three remarkable Shaolin Grandmasters.

The first of th

e three Grandmasters was born in Fukien in 1849. He suffered a genetic condition known as hypertrichosis lanuginose which caused his body to be covered with hair from head to toe. His parents, believing they had given birth to a demon, abandoned the infant in a forest near the Fukien Temple. A passing monk rescued the newborn and presented him to the Sha
olin Masters. The Masters realizing it would be impossible to find a family to adopt such a child, decided to raise him themselves.

From childhood on, Su Kong T'ai studied the Shaolin art with exceptional dedication. The Fukien Masters responded to his enthusiasm with a rare variance from Shaolin tradition. Instead of assigning Su Kong's training to a single Master, as was the practice, each of the Fukien Masters contributed to Su Kong's martial education. Su Kong was therefore able to complete every branch of Shaolin training, learning and mastering hundreds of forms and disciplines. It was an unparalleled achievement. (Usually the 10 Grandmasters of the temple each learned 1/10th of the Shaolin art).

The Fukien Shaolin monks took it upon themselves to protect the Fukienese coast from the raids of Japanese pirates. They were tremendously effective, earning the love and respect of the common people. When word reached the Ch'ing Kwang Hsu Emperor in Peking, at the beginning of the 20th century, trouble brewed. Kwang Hsu saw the Fukien monks as potential rebels with widespread popular support. He secretly dispatched imperial troops, armed with cannons on a mission to destroy the Fukien Temple.

A sympathetic official warned the monks of the impending attack. The Fukien Master chose a surprising, solution. They evacuated the Temple, removed all of its valuable artwork and books, and set fire to the temple themselves. They hoped to rebuild the Temple in more favorable times. More favorable times never came.

Grandmaster Su and his disciples retreated into the Fukienese mountains to continue their training. He was a legendary Shaolin master and is the founder of our system. His area of specialty was the most deadly of all arts, Tien Shieh Kung (death touch). Su Kong died in 1928 at the age of 79.

One of the disciples who retreated into the Fukienese mountains with Grandmaster Su was Ie Chang Ming, the second of the three Grandmasters of our lineage.

Grandmaster Sin began his martial arts training under a sand burn master at the age of 6. When he was 7 years old he began studying under one of Grandmaster Ie's top students. After proving himself worthy, he then began studying with Grandmaster Ie Chang. He studied eight hours a day, seven days a week until he was awarded the title of Grandmaster at the age of twenty-five, becoming the youngest Grandmaster on record in 1968. He left Indo­nesia and moved to Lexington Kentucky where he attended school and received a degree in mechanical engineering. He pursued a Masters Degree in nuclear physics, but stopped to teach Shaolin-Do full time when Grandmaster Ie died. Since then, he has taught full-time producing thousands of black belts, with many students having stayed with him for more than 30 years. Grandmaster Sin has one of the largest martial art schools in the nation 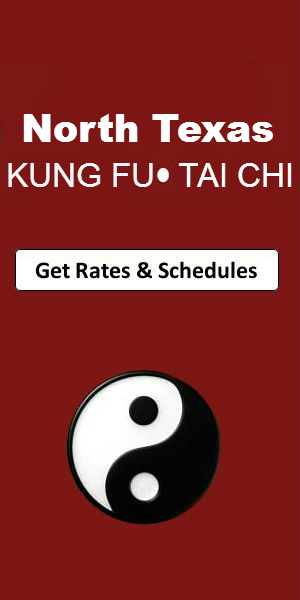